Back to Search Results

£2,750,000 One of few Freeholds with residential and commercial space

A meticulously restored former sugar warehouse built in 1860. As one of few remaining freehold buildings on Bermondsey Street, this stylish property has the rare combination of a three/four bedroom family residence, three roof terraces plus the unusual feature of a separate E-rated commercial space ideal as a studio/shop/cafe or office.
Bought in 2005, by the current owners and previously a mismatch of smaller spaces, the year long restoration was a collaboration between the owners and architect Toby Wilson, now a Director of Studio Reed, creating an exceptional home to respect the industrial heritage of the original building. The sympathetic refurbishment was undertaken with great care to preserve the still existing original fixtures and fittings, including the open fireplace in the main living room and the loading platforms outside the house. Whilst playing homage to its industrial past, the restoration included contemporary features such as the design and commission of fitted furniture from the recessed bookcases, and hidden storage, to the Black Walnut dressing room in the Main Bedroom suite.

Of considerable historic note the house is listed in Nicholas Pevsner's definitive guide to British architecture 'The Buildings of England.' Under the heading London 2: South Bermondsey Street:
"The best of the commercial buildings (are) No.103 with a three centred arch below a gable…."

History
From 2006-2018, the ground floor shop was occupied by a dog collar business founded by one of the building's owners. In 2018, it became the headquarters of Bermondsey Street Bees, one of the UK's most high profile artisan beekeeping businesses, founded by the owners in 2007. Prior to that, the building had numerous uses, including being an upholstery workshop and later, a hand knitting studio that was home to 'Artwork', a famous fashion brand of the 1970's & 80's. Several pieces made on the premises are now included in the V&A's permanent collection.

Location
The interior has regularly been photographed for magazine house features (including the Evening Standard and The Saturday Times Magazine) and used as a commercial shoot location for film, TV and photographers. The exterior has featured in several film and TV productions. The view from the roof top terrace runs from Canary Wharf right around to Tower Bridge, The Shard and The London Eye. It has been featured in several film and radio documentaries.

The property stands close to the corner of Bermondsey and Tanner Streets close to Tanner Street Park. The vibrant Bermondsey Street locally known as Bermondsey Village, is now synonymous with an ever growing international food scene with an excellent array of restaurants including Jose's Tapas bar and Pizarro restaurant, Angela Hartnett's Café Murano, Casse-Croute, Baccala and a host of others to suit every culinary taste. The street is known for its eclectic mix of boutiques, gastro pubs and bars, and is also the home of the renowned White Cube Art Gallery. Nearby Bermondsey Square has the weekly antiques market and Kino independent cinema. The City is accessible by walking over Tower Bridge. London Bridge station provides Northern and Jubilee Underground lines, plus London over ground trains. 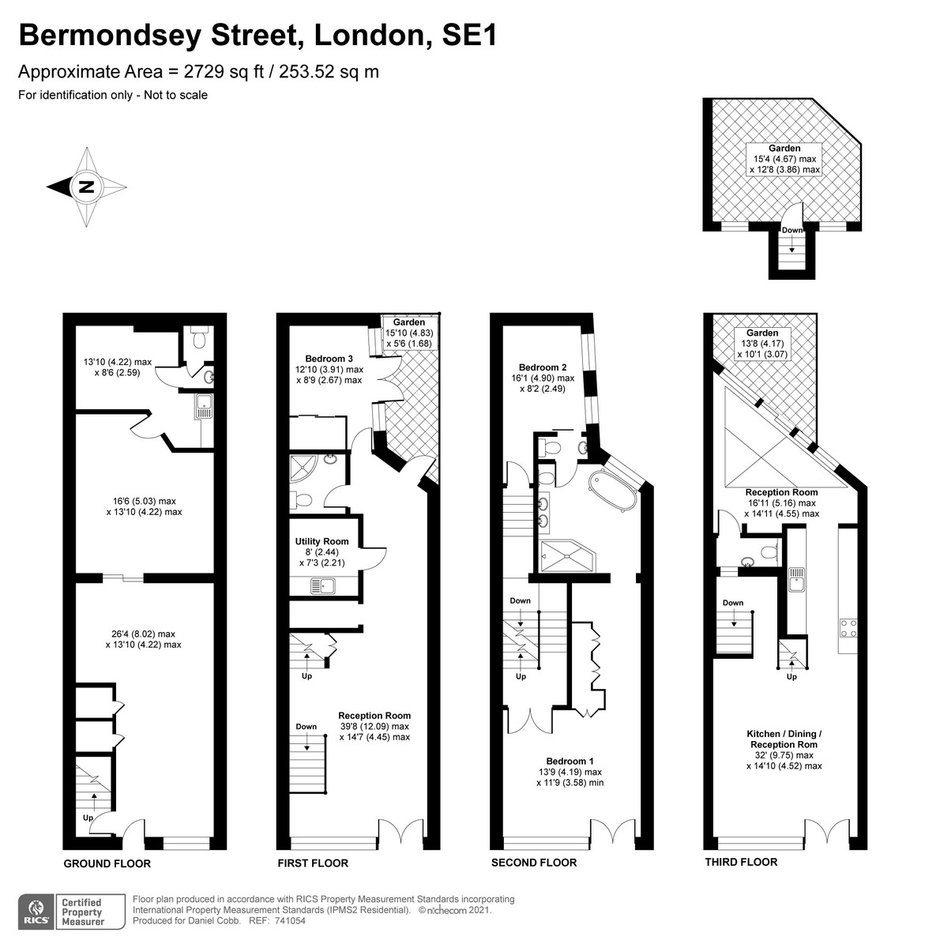 Close
Popular Search TermsWant to see the most recently used search terms when trying to find a property?