Spotlight on Stockwell in London 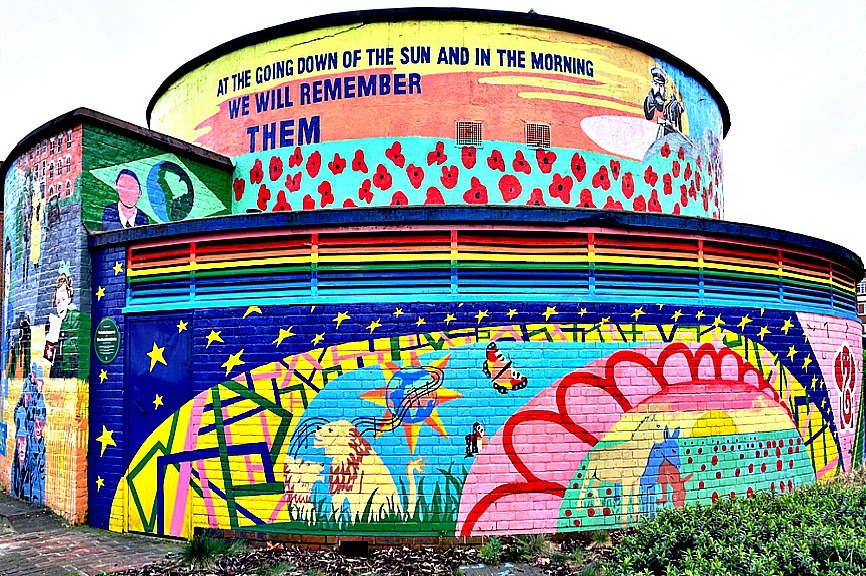 The Stockwell Memorial Rotunda, painted by Artist Brian Barnes and local school children, was once a part of Stockwell Common

Stockwell’s larger neighbours - including Battersea, Clapham and Brixton - are used to getting all the attention, but Stockwell is gradually coming into its own, its reputation enhanced by the wide range of property available - from Regency villas and period town houses to ex-council owned flats.

Its popularity has also been boosted by a growing mix of cultural and leisure facilities, including one of London’s biggest gyms, a nationally-recognised skate park and a purpose-built fringe theatre which stages global productions and festivals for young people.

Famous names such as Joanna Lumley, Roger Moore, Will Self, even Vincent Van Gogh have all been attracted to living in Stockwell. The area also owes its vibrancy to the Afro-Caribbean, West African and Portuguese residents who have made it home. In fact, Stockwell boasts the largest Portuguese community living outside the Iberian peninsula.

At Stockwell’s centre is the tube station (Northern and Victoria lines) surrounded by a small cluster of convenience stores, but for serious shoppers the markets, cafes, popular high street stores and independent shops of Brixton are just a few minutes down the road. Alternatively, you can pick up delicious foodie treats and handmade craft items at South Lambeth Market, held at the Cavendish Arms, a friendly pub in Hartington Road that hosts music, comedy and live shows.

With two parks on the doorstep - Stockwell Park and Larkhall Park - you have easy access to green space for a run, a family walk, or a meet up with friends. Facilities at Larkhall Park include: a children’s play area, Stay and Play - One o’clock clubs, a cafe, flower garden, water feature, all weather pitch, basketball court, grass football pitch and tennis courts.

The diversity of properties available - many at reasonable prices for an area so close to central London - makes Stockwell popular with single professionals and families alike. Some of its most sought-after streets, characterised by elegant, neo-classical villas with mature gardens, can be found in the Stockwell Park Conservation Area.

Daniel Cobb is a London estate agent with in-depth knowledge of the best properties for sale or rent. Browse through our properties to rent and for sale near Stockwell and give us a call to arrange viewings.