The old song has it wrong. London Bridge is going up - to become the capital's trendiest food and entertainment centre.
Our London Bridge office covers Southwark, Bermondsey and Waterloo. 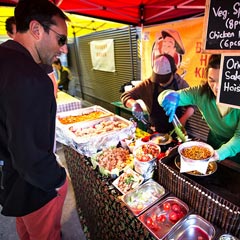 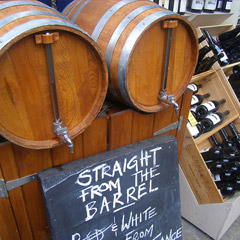 In Tudor times, two of the world's first purpose-built theatres, the Rose and the Globe, were built to put on plays by the greatest dramatists of the era including Shakespeare, Marlowe and Jonson. Borough market was famous for its food markets and its inns, notably the Tabard featured in Chaucer's Pilgrims' Progress.

In the 19th century the riverside at Southwark was filled with warehouses bringing goods in from round the world and industries such as tanning expanded to the south in Bermondsey. After the war the docks and industry moved out and the restoration of Southwark began.
Now it has regained its status as London's and the world's favourite place for the arts. Shakespeare's Globe, a faithful reconstruction of the original, has a full programme of Elizabethan and Jacobean drama. The old Bankside power station has become Tate Modern, one of the most popular art galleries in the world, with dramatic installations in the cavernous Turbine Hall.

Borough Market is the oldest market in London. An active market for 1000 years, originally held in Borough High Street until complaints about traffic congestion forced it to move to its current site south of the cathedral.

The Victorian cast iron and glass structure of Borough Market was built to sell produce from Kent to the trade, but is now home to restaurants, food stalls and outlets for fresh, wholesome food from all over Britain. Know affectionately as the Larder Garden.

Close by, a line of railway arches is now home to Vinopolis, where wine buffs gather for tastings of rare and fine wines. Further east, an old barge wharf has been converted into the stylish Hay's Galleria, with bars, restaurants, cafes and shops around a dramatic glazed vault.

London's only surviving coaching inn, the George, still has the picturesque galleries overlooking the yard that used to echo with the sounds of stagecoaches departing for the south. Now it resounds with chatter over vittles and fine ale.

Southwark's revival has been accompanied by a huge building programme, with many of the old warehouses being converted into amazing apartments with river views. New apartments here have created a renaissance in high rise luxury living. Right now, Southwark is one of the hottest places to live in London.

Around Tower Bridge, the old Hay's Wharf has become Hay's Galleria, with shops and cafes and the Shad Thames area has been transformed from decaying warehouses into a vibrant residential area. Some of London's best modern architecture is in London Bridge. The tallest, The Shard by Renzo Piano, is not only the tallest building in Europe, it is already a much-loved and admired landmark.

The first London Bridge was built by the Romans about 55AD. It was fortified at the southern end which gave its name to the town that grew up around it - Southwark means 'southern fort' in Old English.

Southwark is blessed with one of best stretches of riverside walk in the capital, with new parks, picturesque cobbled streets and lots of places to pause and enjoy. It extends from the Tate and Globe at Bankside - with it’s fabulous mix of food, artisan stalls and street performers - here you can cross the river to the City on the dramatic Millenium Bridge, to Tower Bridge, where the new Potter's Field park surrounds City Hall. Beyond, the walk weaves in and out of the old wharves past Jacob's Island to Bermondsey.

Inland, Southwark has many small parks including Leathermarket Gardens and Red Cross Gardens. There are gyms and health clubs a plenty, catering for all levels of fitness, with pampering facilities to boot.

Getting Around Rail And Tube

London Bridge Station is currently going through a major upgrade which will transform it into a dramatic, modern station with routes into central London and south east England.

The tube station is a major interchange between the Jubilee Line going east to Canary Wharf and west to Westminster and the West End. The Northern Line goes to north to Bank, Kings Cross and Euston.

Bus services are very frequent and the bus station at London Bridge is a hub for routes all over the capital.